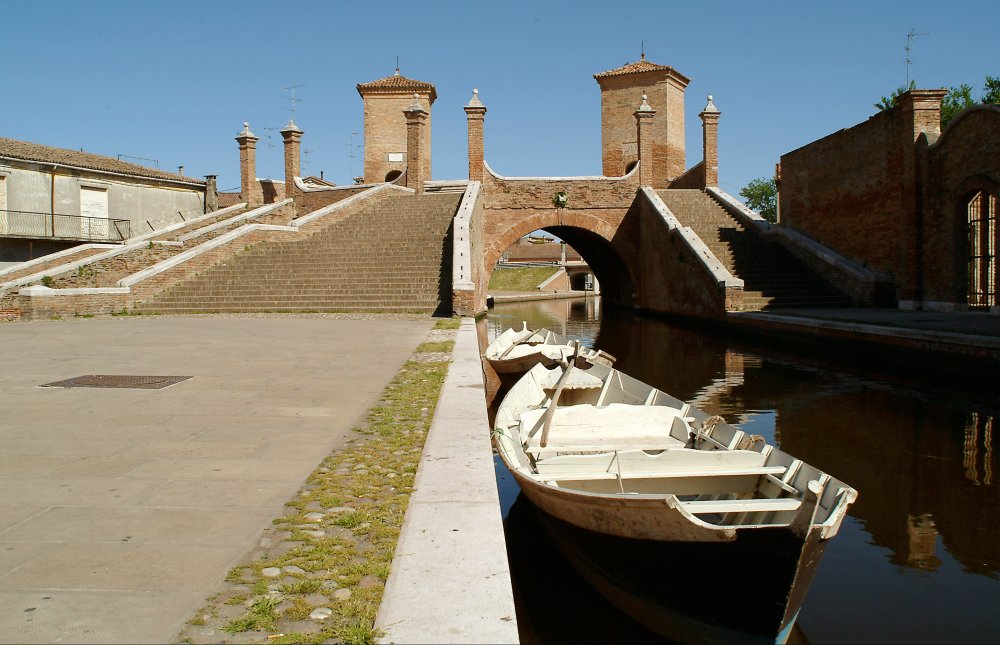 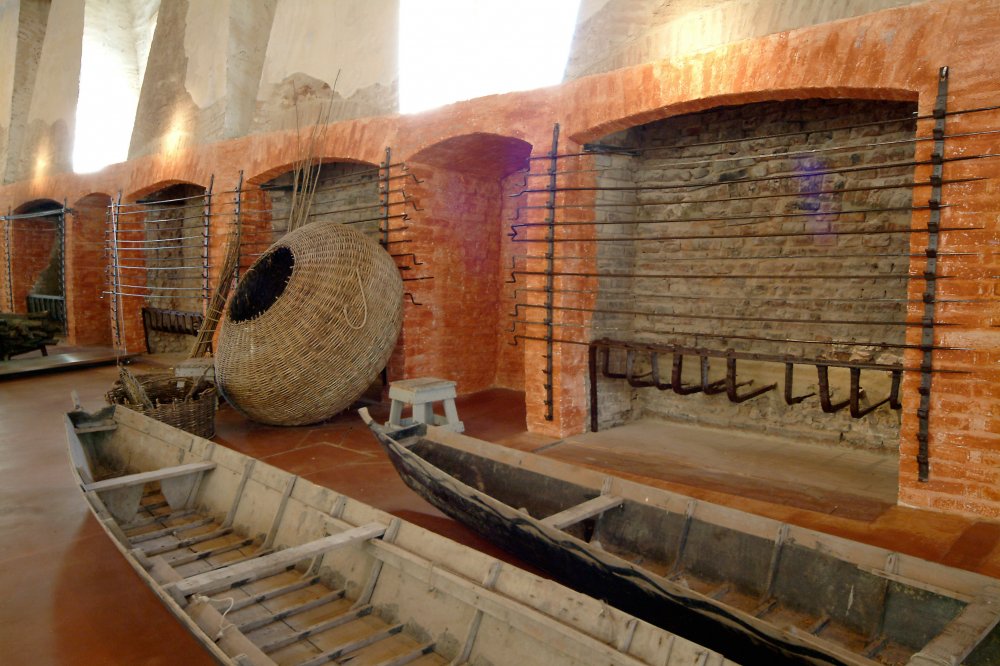 The Trepponti Bridge is a symbol of the city: from this bridge the inland waters are distributed by a dense network of canals, along which low and colorful houses, and the rows of boats from various dimensions are reflected in perfect symmetry.

It is possible to visit the city centre for free by the typical boats called"batane”. The ride starts from the Trepponti Bridge, in front of the Old Fish Market, and heads to the neighbor Ponte degli Sbirri bridge (called also Ponte delle Carceri).

Palazzo Bellini stands next to it: a typical example of nineteenth-century aristocratic artifact, home to an important and powerful family. Now it is the headquarter of the historical archive and the town library. In its rooms there is the Modern Art Gallery, which annually hosts national shows and exhibitions. Near Palazzo Bellini there is the Ancient Delta Museum, which exposes also the precious material found in 1981 aboard a roman ship dating from the first century BC.

In front of Palazzo Bellini you can see the majestic eighteenth-century Old Hospital San Camillo. In 1970 it ceased its activities and it is going to become, in the next future, the Museum of the Human Cultures of the Po Delta. Going towards the heart of the city, we find the Clock Tower and, next, the Loggia dei Mercanti, built in 1621 as grain storage for the city's poor people.

Continuing to the west you get to the San Cassiano Dome, named after the patron of the city, with its bell tower. The central Via Mazzini leads then to the wonderful Loggia dei Cappuccini: 142 arches supported by four columns of marble. The porch is just behind the Sanctuary of the Aula Regia, whose first documents date back to the tenth century.

Comacchio is also famous for its great tourist accommodation, its beaches (the longest in Italy), its well-groomed seaside resorts, entertainment and leisure activities for all ages.